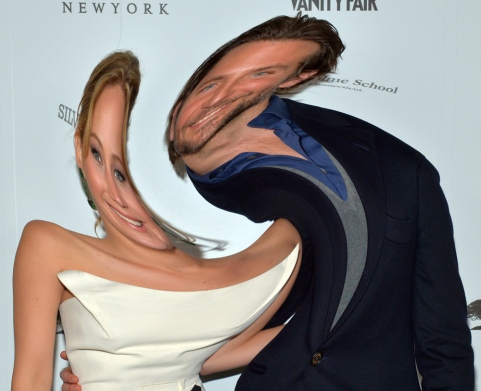 Bradley Cooper and Jennifer Lawrence have appeared in multiple films together, as you may know. In a few they have been romantically involved, such as Silver Linings Playbook, while in others they are simply connected vicariously through other characters, e.g., American Hustle. While watching them in American Hustle–in which Cooper plays an FBI agent bossing around a criminal Christian Bale, whose character is married to Jennifer Lawrence’s–I saw a tear in space and time for a brief period when Cooper and Lawrence were in the same scene, in a casino.