Soon after, the cops show up, including Lieutenant Clay Forrester and his partner, nameless black dude. The Lieutenant claims he knows the guy whose hand got cut off as he’s put into the ambulance. Then they go inside, horrified by the scene that greets them. 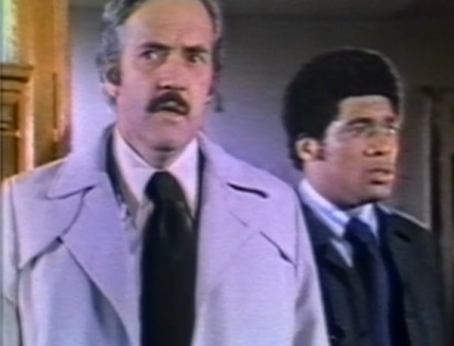 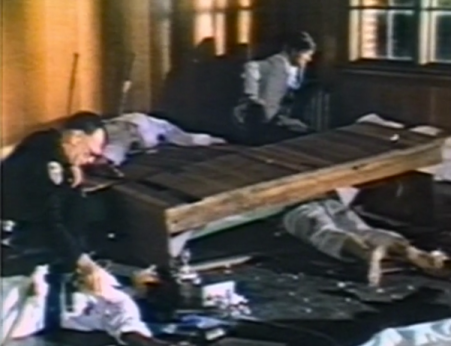 Emotional music plays as the camera pans over the aftermath, and I’m tearing up as I type this. It truly is a tragic scene. I feel your pain, Lieutenant Clay. I feel it well. Back at the police station in whatever hell hole city this is, it’s revealed by Clay’s presumed boss that the one guy who survived, Frank Thomas, is in the hospital. Clay and his partner are then berated for neglecting to take a human relations class. Clay’s partner then hands Clay the memo for the class, and he just balks at it, exclaiming, “Screw that human relations crap!” Yeah, being a respectful person who wants to help and understand people is bullshit! I like our main hero so far.

Clay and his partner go to the hospital to speak with Frank, who has devolved into a depressing sack of shit. Clay introduces himself and his partner, who is apparently named “Jerry Fart.” I’ve replayed that last name several times when Clay says it, and can hear nothing else. Poor guy.

Frank agrees to answer their questions. They ask him if he recognizes the Buddha, which they hold in an evidence bag in front of him. He explains what we saw. He then declares that if they don’t find the men who butchered his class, then he will, and send them to the police “in pieces.” Good luck with that, you one-armed lazy cripple.

After the cops leave, Frank just looks like his whole world has gone down the shitter. I can’t tell if this will be a hero or not at this point. Surely the guy will pick himself up if he is, won’t he? As the cops leave the hospital the nurse stops Clay and tells him that Frank got a gift. Clay opens it. Could it be a B-B-B-Buddha? Why, yes, it is! Back at Madame’s house, her assistant gets angry at the Death Machines for not killing every witness, demanding that they kill Frank on the third floor. Will they kill the entire hospital? You know, leaving no witnesses behind can only go so far before you have to kill the entire world.

Right back to the hospital, Frank flirts with the nurse–who’s clearly interested in him—by moping about how pointless life is and calling a possible prosthetic “something that turns me into a freak show.”

The nurse hints that she can give him some company, but he says he’s fine alone and “all he needs is his right hand.” I guess jacking off is better than sex in his book.

She tells him to call her Florence before she leaves, a cute little reference to Nightingale. But somehow I don’t think Frank here gives a shit. The guard sits outside Frank’s room to stand guard, but the Death Machines disguise themselves as hospital staff rolling a covered dead body down the hall. When they reach Frank’s room, the “body” sits up to reveal that he’s the white Death Machine. The other two DMs knock the cop down as the white guy stabs Frank’s bed, which has been made to look full. The old pillow-body trick.

As the other two escape, the white guy gets shot by the cop in the hall. He’s hit square in the back, but we know their skin is apparently made of bulletproof metal because of this mystery serum, and he just gets back up. He gets shot again in the chest this time, only to get up with a slightly more impatient face this time. What happens next? He gets shot again, obviously, because this film loves repetition. This time he just looks a tiny bit resentful while getting up. but then he shoots again. I think he may have shot him in the balls this time, because he seems to have hit a nerve with this one. Oh, I guess he shot him in the head, as he starts bleeding into his hand. Madame’s assistant tells her the bad news about the white DM getting either killed or captured, all while Doom-like evil synth notes play along.

“And the witneth?” Madame asks. They believe Frank’s been killed, but Madame is more concerned with how the DM got captured. The assistant explains that the other two thought he was behind them when they fled.

“Fred?” Madame shouts. I believe she means “fled,” unless Fred is off-camera. Regardless, she slaps her assistant silly, 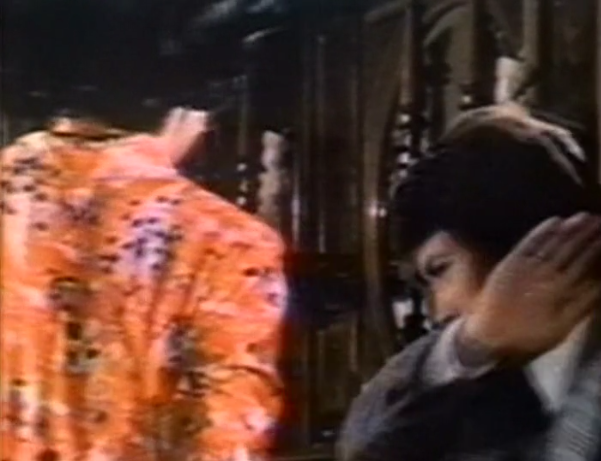 and then attempts to slap the black DM, who blocks it. She should’ve known better. She tries her best to look like she’s struggling before being let go. Meanwhile, Clay and his partner at the hospital discover Frank’s stabbed bed with no Frank inside.

The cop who shot the white DM is with them too, and casually explains that he thinks the men were wearing “armored vests” and that he “had to shoot him in the head to bring him down.” Before we cut back to Madame’s house, Clay orders his partner Jerry to see how the DMs got through security. Meanwhile, they plan on moving Frank out, so I guess he’s not actually missing.

But I think it’s safe to say our white Death Machine has perished.

What’s Madame up to now, after having failed to bitch slap her Death Machine? Well, she finds him sitting in a chair in her bedroom now, and says he’s forbidden to enter, only to be stonewalled and decide to have sex with him instead. 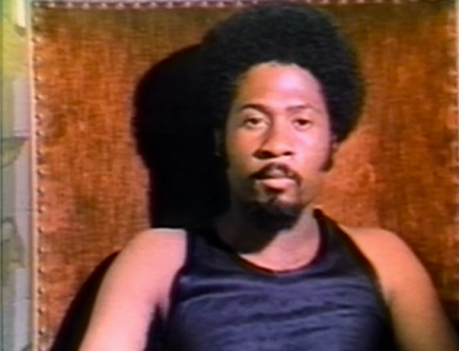 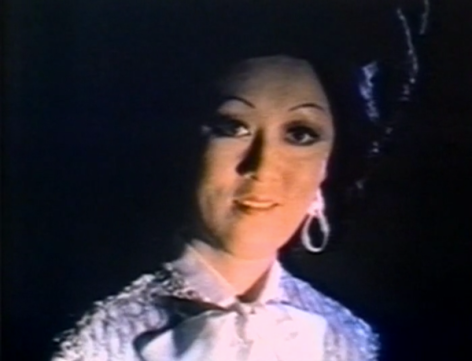 She turns the light off and I think we know what’s going to happen.

We’re back at the hospital again as it’s plainly revealed that Clay helped Frank plan that whole deception regarding the bed, as the two talk privately. Clay further proposes that Frank hide out and live under an alias, going into witness protection. Clay then mentions something about questioning a suspect they’ve got. Who could that be?

Clay also tells Frank he can work as a bartender again once he’s recovered, and Frank, being Mr. Fucking Sunshine Candyman, frowns and replies, “Sure. A one-handed bartender should be a great draw. Every bar should have at least one.”

Clay doesn’t know what to say to that one.